When I first started playing D&D, I was very confused because there are a ton of rules and not all of them you have to follow. This post is aimed toward people just starting to play D&D, and I will explain some of the many confusing things about this great role-playing game.

The first thing that you have to understand is that in a typical D&D game, there is one Dungeon Master (DM) and 3-6 regular players. The Dungeon Master is the most important role in the game- they create the entire story and everything that will happen in it. For example, the Dungeon Master could say, “You walk across the bridge toward the castle. You soon see two goblins staring down at you, and they pull out their bows and shout ‘Halt!’”. Then the players might want to fight the goblins, or they might want to bargain with them, or something different altogether. The DM will have to adapt the story to fit what the players say.

The second thing to know is that D&D is a sandbox game where you can do or say whatever you want- even things that could be very unorthodox! Never feel obliged to always do what other people are doing or always stick to the same strategies! 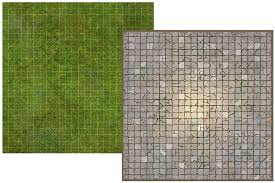 After you get the basic idea what the game is about, you might think, “Where should I go from here?”. There are two sets that are an easy way to get into the game, Lost Mines of Phandelver and Dragon of Icespire Peak (Pictures below). Both of these sets come with dice, character sheets, maps, a rule book to explain the rules in more detail, and an adventure booklet that gives an outline of an adventure that the DM can prepare and use.

These sets cost about 20-30 dollars, but these are definitely worth the cost! I personally recommend Lost Mines of Phandelver, because it comes with more dice, the directions are more helpful, and the story is more streamlined and enjoyable. Wizards of the Coast, the company that owns D&D, is coming out with a new starter set that I have not previewed, but I am interested about it and it might show up in one of my later posts! 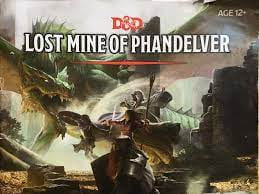 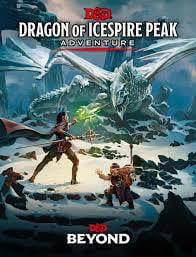 After the starter sets, you will probably need more books if you want to continue playing D&D. The three most important are the Player’s Handbook, the Dungeon Master’s Guide, and the Monster Manual. These are essential to playing DND after the starter sets. They are priced at about 40 dollars apiece, but I also think that these will be worth the money if you are a huge D&D fan. 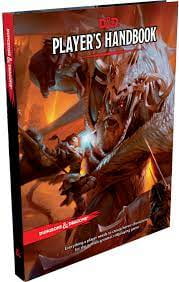 DM’s Guide: This book can be fun for players, but it is made mostly for DMs, hence the name. In here you will find tons of ideas and tips about how to run a game, how to make interesting characters for your players to interact with, and how to become a master at the rules of D&D. 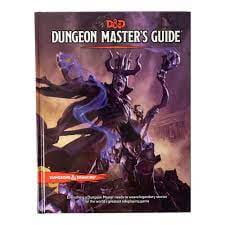 Monster Manual: The Monster Manual is a must-have for all DMs, because inside you will find stats for over 300 monsters that you can use in your D&D game! As a DM you would be helpless without this book, but players will find nothing very essential for them to learn in this book. 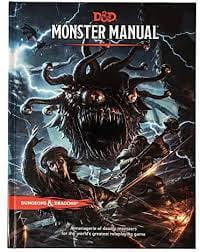 There are lots of other published D&D books, but purchasing those can be up to you and how much time you want to spend on this hobby.

There are many websites that can really help you understand D&D. Two that I would definitely recommend are D&D Beyond and Longo. D&D beyond gives you stats for all your characters and items you could create, and it also has stats for every monster. Longo is a less well-known site, but I enjoy it even more than D&D Beyond. In it you will find everything that D&D beyond has to offer, in addition to most of the D&D books that you otherwise would have spent hundreds of dollars on to get, for free! 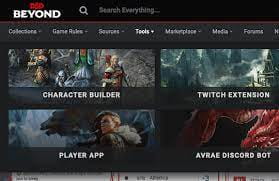 One final channel that I would recommend is Critical Role. Critical Role is a channel about a group of voice actors who meet up every week to play D&D. This channel is great if you want to know more about how a D&D game works, or if you are a die-hard fan that wants to expand your horizons. You can find this on YouTube, but it is also available as a podcast. The only thing about Critical Role is that it has a lot of language, so I would not recommend watching it if you do not want to listen to any harsh language. 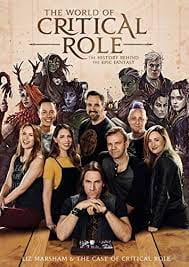 Overall, D&D is a great game that you should definitely try if you have extra time. I would recommend it for ages 10 and up, because some of the pictures in the books can be frightening to younger kids, and the rules can be really confusing for someone younger. I will continue to post about D&D soon, and I hope that you keep reading my posts!

My friend Holland and I both love stop motion, and we decided to make a short stop motion film together. Stop Motion is how you make movies by taking a lot of pictures with small changes each time to create a film. It is a great and simple way to get into film-making without it being too complicated

This was a project for our school, Durham Academy. We had the choice to do any wisdom tale we could (wisdom tales are collections of short stories from around the world) but Holland and I decided to go with The Red And Blue Coat because we thought it stood out.

Click this link below to see the stop motion movie~ 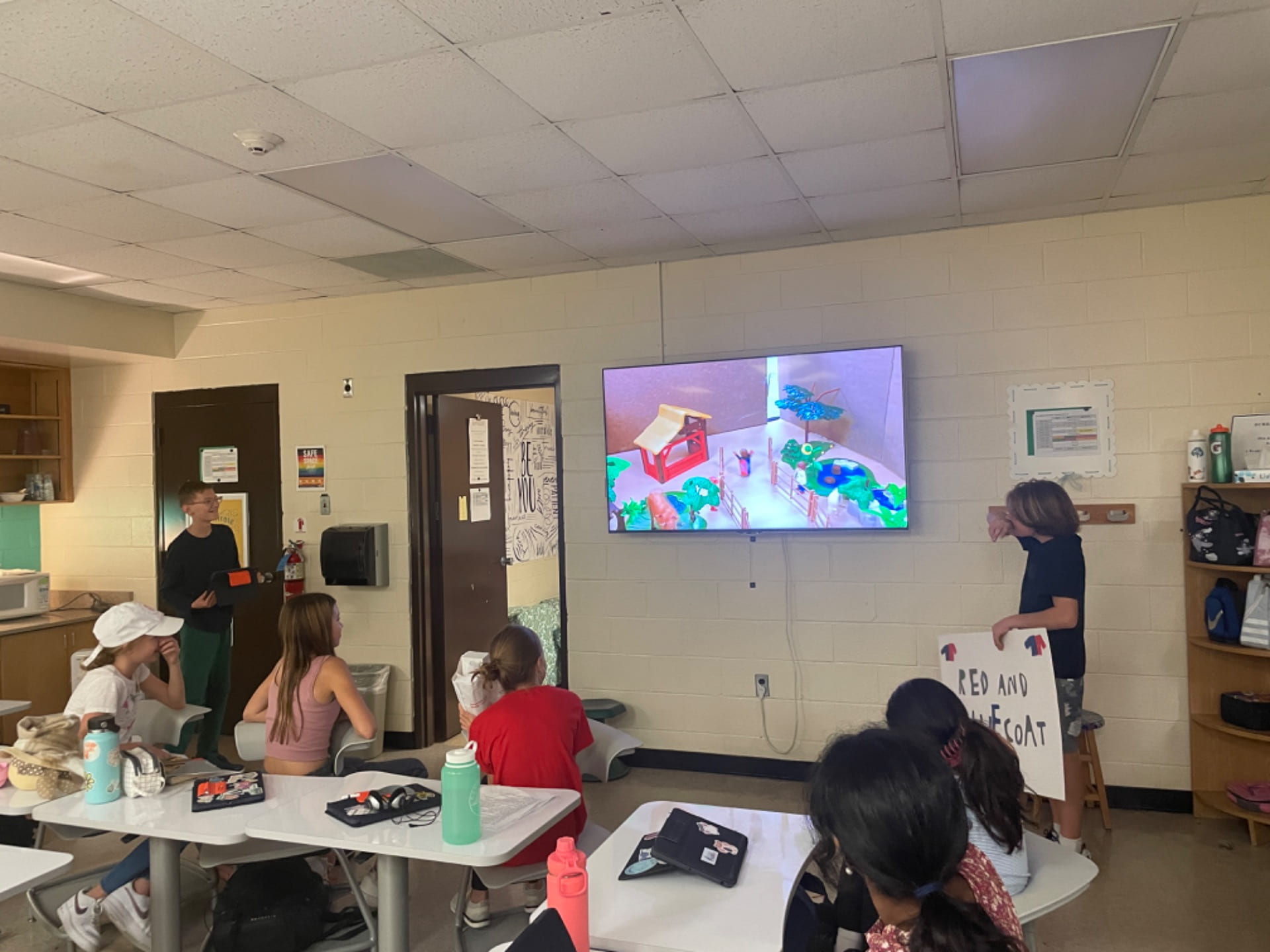 Over the summer I visited Monticello with my dad, grandmother, and grandpa! Monticello is where Thomas Jefferson lived in Virginia. It was a three-hour drive, and we got there right before lunch. Before visiting his house, we stopped at a junction to eat lunch and watch a movie about Jefferson. Then finally, we were able to take a bus ride up to his house.

We stayed at Monticello for about three hours, taking the house tour and the slavery tour. Even though Thomas Jefferson clearly had good design skills, he owned over  400 slaves in his life, and only seven of them were let free. My grandparents, who had taken the tour of the house a couple years ago, told me that when they went, the slavery issue at Monticello was rarely mentioned, and it did not have it’s own tour. This was surprising to me that it had not been mentioned for so long.

After touring his house and learning lots of facts about Jefferson: for example, did you know that he was in over two million dollars of debt when he died? My family and I went to our hotel to stay the night. The next day we walked around the University of Virginia, which Jefferson had also built. Finally, near lunchtime, we packed our bags and headed back home. This trip was really fun, and it also had some good things to learn about, such as how Jefferson’s slaves were treated. Monticello is an awesome place to go if you are looking to travel.

Over the summer I read the book Finding Someplace by Denise Lewis Patrick. Finding Someplace is about a 13-year-old girl living in New Orleans when Hurricane Katrina hit. In the book, Reesie, the main character, has a backpack full of all the stuff that she needs to survive Katrina. Sadly, the backpack gets stolen and she loses everything.

If I were Reesie during Katrina, I would definitely bring my iPad and charger, so that I could communicate with the outside world. I would also bring money, a flashlight, books to keep me busy if I had to wait, and lots of extra water and food. If I had extra room, I would get some of my favorite toys and objects to bring along if they were not too big.To finish off, I would bring a life jacket and an umbrella. I think I would be prepared if a hurricane as powerful as Katrina came to Durham. That is everything I would need in my backpack!

Welcome to your brand new blog!

This is a sidebar and can be changed in Widgets in your dashboard.

You can also modify number of sidebars in theme options!